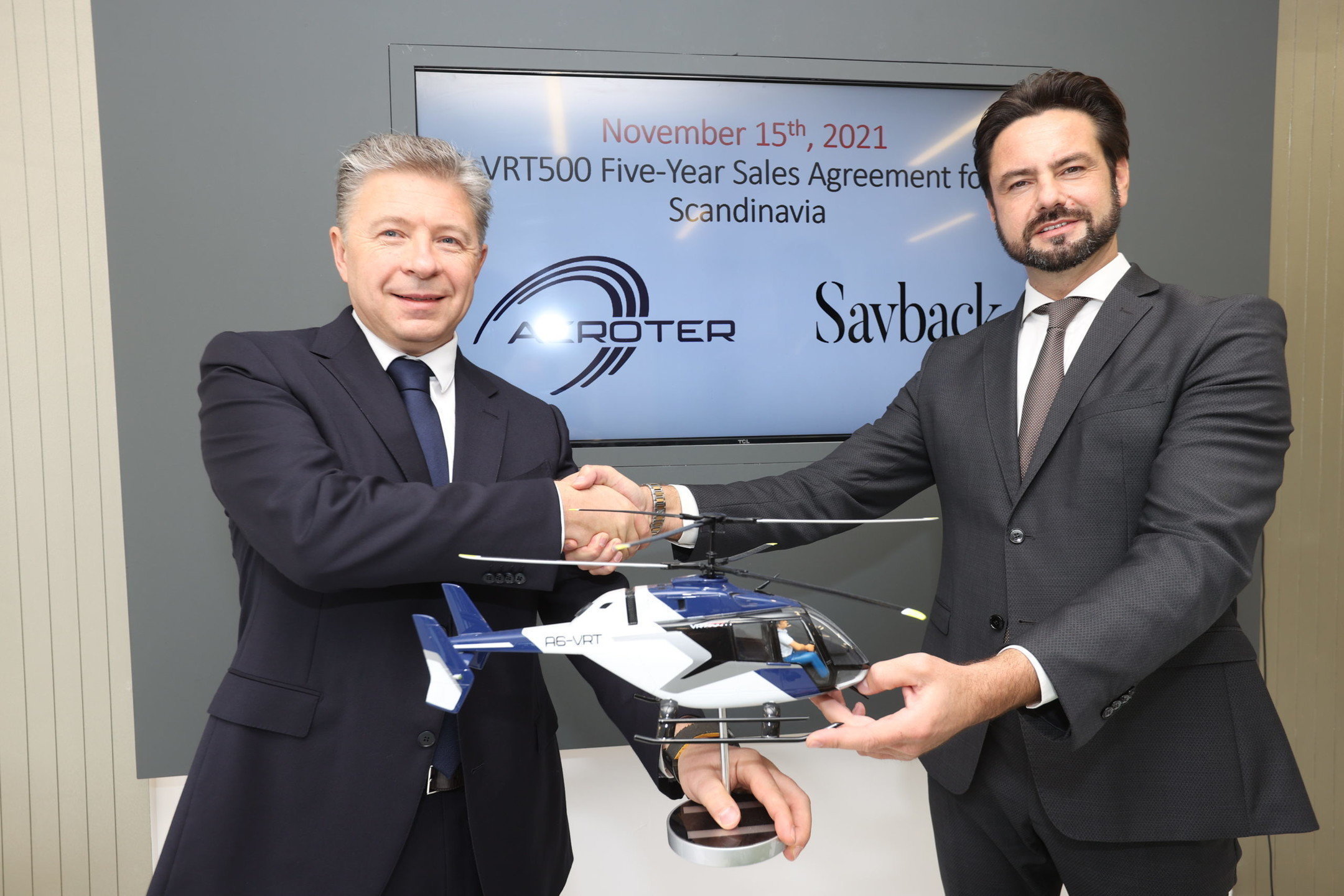 Singapore-based Aeroter today announced an exclusive five-year agreement with Swedish company Savback Helicopters AB to distribute and sell its innovative VRT500 light, single-engine helicopter. From its headquarters in Sweden, Savback will also cover sales representation of the aircraft in Norway, Denmark, and Finland.

The co-axial format VRT500 helicopter is on display at the Dubai Airshow, which is being held during 14-18 November at Dubai World Central Airport. The Singaporean company’s CEO Alexander Okhonko leads Aeroter’s participation at Booth S14 in the exhibition hall.

The partners have identified a ripe market for the VRT500 from discerning European buyers.  Confirming the new partnership, Mr. Okhonko commented: “We are delighted to have made this agreement with our new Swedish partners.  Savback has built a strong global reputation marketing helicopters for civil use, and built a solid presence in Sweden, Norway, Denmark, and Finland.”

Mr. Okhonko continued.  “We plan to start deliveries of the VRT500 and are aiming to secure a 10% share of the global rotorcraft market for single turbine-engined helicopters between 2024 and 2042.”

The co-axial rotor format of Aeroter’s VRT500 has long been favoured in a number of successful aircraft designs, and its two sets of counter-rotating blades on a single mast removes the requirement for a tail rotor. It also provides opportunities to land in a smaller area, owing to the lack of tail and tail boom.

Head of Sales & founder Michael Savbäck, added: “We are very proud and honoured to be working with the capable and innovative people at Aeroter, and are delighted to be able to bring this exciting helicopter to the Scandinavian market.”

“The VRT500 highlights a gap in the market for light single-engine helicopters which we have long identified.  The helicopter’s versatility fulfils the requirement for six-seat passenger transport – attractive for VIPs, strong and safe for aerial work, and a very safe rotor system without the hazard of a tail rotor,” he stated.

Test flying of the VRT500 prototype will begin in 2022 in Italy in conjunction with Vertex Aero srl.  The location of the final production line is to be determined from a shortlist currently under consideration.

The VRT500 will feature new-generation avionics from Thales.

Last month Aeroter selected Swiss simulator company Bruner Elektronik to produce a Virtual Reality full-motion simulator for the aircraft, which will be used for demos and test flights at trade shows.

Aeroter is already working with EASA and expects certification of the VRT500 under their jurisdiction in 2024. The first 20 helicopters from the production line are already sold and are scheduled for delivery to customers in Europe and Asia.

To find out more about the Savback’s range of helicopters and services, please contact sales@savback.com 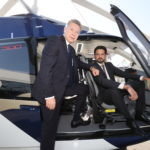 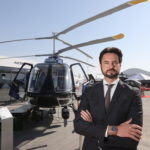